Josh is originally from Klamath Falls, OR, and has been on the team for about three years. Josh and his dad started a BMX racing/freestyle shop called Gonracin in their hometown and we’ve worked with them keeping them stocked through the recent years. Josh and his dad grew up racing and riding BMX. In fact, his mom and sister race too. He eventually focused on freestyle, and moved down to Southern California a few years ago. We were really big fans of his riding style and humble personality, so we decided to offer him a spot on the Volume & Demolition AM teams. Josh kills it on the AM team, dropped a killer split part with Eric Bahlman for Volume’s “The Finer Things,” as well as his part in “Volume 1,” all while holding it down in our warranty department and the warehouse. So, I guess you could say he’s a true factory rider lol. Josh pretty much lives and breathes BMX, and is a walking BMX history encyclopedia. Photo by Brian Castillo, 2013. 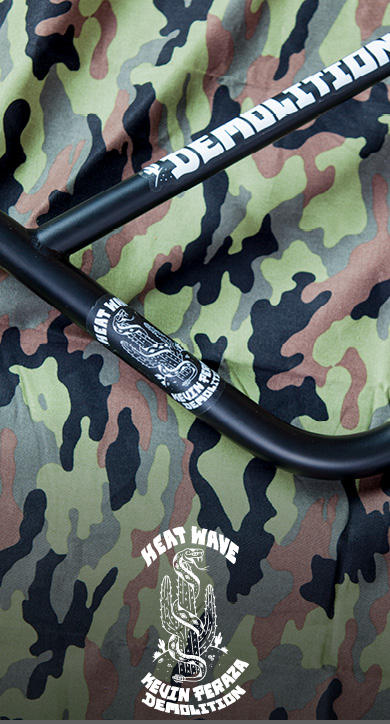